Teen SRC 2022 – People We Meet On Vacation by Emily Henry

I’d like to say first off I read this book (People We Meet on Vacation by Emily Henry) only because I saw it in a neighbourhood tiny library, like the ones that look like birdhouses. I don’t usually see anything not ancient in those so I swapped it, this book is a modern day rom-com book with minimal colours and cartoon-like covers, it’s generic at this point. I have seen too many. So about the book, Poppy and Alex who used to be best friends who took vacations to new places every summer but then something happened and now they don’t speak at all. It features a lot of time skipping, one chapter will be set five years ago, and the next is “present” day, it was annoying to keep up with but fun, the time skips slowly move towards the big happening that split up the best friends. Poppy is loud, straightforward, and friendly, but I found her somewhat annoying, Alex is quiet but different around Poppy, more extroverted, the book makes his entire personality khakis at the start, so he’s reduced to a pair of trousers that had a falling out with Poppy. It all changes though when they take a trip for the first time in years together so Poppy can write for her travel career. The rest is history, I liked this book because of the quick pacing, and I disliked this book because it’s generic and some parts made me shrivel up inside, I would rate this a 4.5/10, I do know some people that like this book, but it’s just not for me.

When I found out that Lucy was Christian and the daughter of a priest, I didn’t expect to like the book because the MC would be so different from me. Turns out I was wrong. I absolutely adored The Names they Gave Us by Emery Lord!

On the night of her prom, Lucy finds out her mother’s cancer has relapsed and rushes home, angry with God for letting this happen. She is heartbroken and vows to spend as much time as she can with her mother. Her mother asks her to spend the summer at Camp Daybreak (for kids who are having a tough time) as a councillor and only come home on the weekend. To make matters worse, her boyfriend thinks their relationship needs a “pause” and Lucy is left lonely at a camp where she knows no one. As the story progresses, she finds secrets linked to her mother’s past. She desperately wants to know everything about her mother before it’s too late. While her faith is wavering and with her new friends, Lucy learns to “be okay again. Just a different kind of okay than before”

Lucy’s relationship with her mother, her faith, and her friends makes this book so wholesome! I rate this book a 10/10!

In the book Loveboat, Taipei by Abigail Hing Wen, Ever Wong’s strict parents are sending her to Taiwan for a summer program before the start of college/medical school. Only when she arrives, Ever realizes that the “Loveboat” program is less about reclaiming her roots and more about partying all night–at least according to her classmates it is. As Ever breaks more and more rules set out for her by her parents, the future she doesn’t want looms at the end of summer. Will she deny the expectations of med school and follow her dreams of dancing or is the strength of her immigrant parents’ sacrifice too much to shed?

I’ll be honest: I wasn’t expecting to like this book. To me, it sounded like Ever, a rigid rule-following daughter goes to a fun summer camp, learns the taste of freedom (and goes crazy) which leads to her rejecting her future and her parents. This isn’t exceptionally original or interesting, as far as plots go.

In the end, I was right. I didn’t love this book very much. At Loveboat, Ever gets stuck in a love triangle (sigh). There is some cheating that is disguised as not-cheating, a lot of drama (most of it unnecessary), and girl hate. Like seriously, I do not understand the friendship–if you can call it that–between Sophie and Ever. There were some things that surprised me in a good way, though. The daughter of immigrants and the “your dream not mine” plot line was surprisingly well-written. Ever does not completely discount her parent’s perspective and admits that their sacrifice is not something she can ignore, even if a future of dancing means more to her than anything. For such a shallow novel, these type of discussions were surprisingly nuanced.

Unfortunately, most other discussions were not. Some heavy topics are brought up in the novel, like depression, gender stereotypes, and the stigma of dyslexia, but aren’t fully developed or discussed. Some plot points don’t add up (Sophie spending loads of money but her backstory being the fact that she’s poor, for example). We are introduced to some characters that don’t show up again, such as Meghan. Also I don’t want to spoil anything but the last couple of chapters were SO rushed and most of it didn’t logistically make sense…

Some plot lines show surprising depth and are fun to read but the shallow drama and emotional/romantic manipulation throughout the book makes it a very frustrating read. A fun setting with cultural nuances but flat characters and too much teenage drama. 7/10.

Teen SRC 2021 – The Box in the Woods by Maureen Johnson

I loved the Truly Devious by Maureen Johnson trilogy, so I was very ready to read this spin-off featuring teen-detective Stevie Bell and all her friends. There are very few spoilers for the trilogy in this book so if you want to read this without having read the first three other books first, then please do!

Read the description of the book here.

I really don’t have much to say except that I enjoyed this book tremendously. The mystery was well-written, the character growth was impressive (especially as you don’t expect it after three whole books), and I loved the small town summer camp setting. I didn’t enjoy the romance in the Truly Devious trilogy but in this book we see another side to David, who is the love interest, which is fun. The side characters also each get their own little arc, and I especially loved Nate’s! The last thing I’ll say is that The Box in the Woods also has interesting social commentary sprinkled throughout, so if you like satire and political humour, you’ll enjoy this too.

All in all, a captivating summer mystery with an unexpected ending and lovable characters. 9/10

Teen SRC 2018- Phoebe Will Destroy You by Blake Nelson 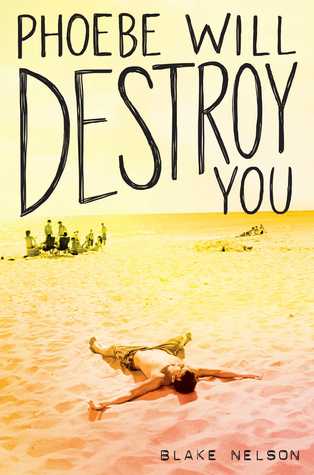 Phoebe Will Destroy You by Blake Nelson

Okaayy….to be completely, utterly honest, I had thought it said Drake Nelson instead of Blake Nelson-and I literally just forget about the whole Nelson thing so-I thought the author was Drake. As in the guy who made the songs: God’s Plan, Hotline Bling, One Dance, etc. You get the idea. So……yeah. That would be the reason I read this book. On to the book! 🙂 🙂

But, I still really enjoyed this book despite my little mistake. *cringe*. This book is about a boy named Nick who has a half alcoholic half author mom. You know, I always find books that have a little twist in them the most entertaining. Anyways. Nick moves to his uncle’s home for the summer after his junior year, and gets to chill out a bit-and work at his uncle’s car wash. Then he meets a mysterious girl named Phoebe. He suddenly finds himself in love with her. Ick. Ack. Bleh. Honestly, I don’t really think she’s his type, but…oh well. Anyways, there goes the whole plot.👍

I felt like the book fell a bit flat at the end, but overall, I would say that it was a pleasant read for people who don’t like stories that are so long it would take you a whole 24 hours to finish. 🙂 I loved how the author made us walk right in Nick and Phoebe’s shoes! It was such an adventure!😊 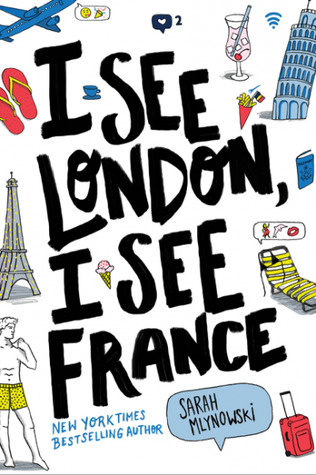 This book is about a girl named Sydney, who has the perfect summer mapped out. She’s going to spend the next four and a half weeks of summer traveling through Europe with her friend Leela. Their plans include Eiffel Tower selfies, eating gelato, and making out with très hot strangers. Her plans do not include Leela’s ex-boyfriend showing up on their flight. Unexpectedly, Sydney falls for the ex-boyfriend’s friend, and she cannot bear to leave his side.

I recommend this book for people over the age of 12, and also those who want a good book to read over the summer. I give this book a 5 out of 5.