Dark historical fiction and mystery books are definitely my favourite genre to read, and I was so excited when I found Stalking Jack the Ripper by Kerri Maniscalco series. Don’t let the horrendous covers fool you! (I was wary at first, too.) But now that I’m two books in—with two more books to go—I’m completely in love with this series! By the way, I won’t be doing a synopsis thing, but you can look for that in the link above.

Now, onto what this book has to offer: When the first scene of a book is that of a Victorian lady cutting up a body in her Uncle’s lab, you know it’s bound to be interesting. I will say, however, that the gruesome details (such as how a liver feels like in one’s hand) can get unappealing… I actually enjoyed them, but included a disclaimer because this kind of thing depends on the reader. The scientific gore (for lack of a better term) isn’t overdone though, and the fact that the main character, Audrey Rose, can do things like autopsies and talk about them reveals stuff about her personality we might not have gotten otherwise. Basically, yes there is blood-related stuff in this book but not too much (for me, at least).

To expand more on my former point, Audrey Rose is a wonderfully written main character. She has her flaws, but is still very lovable and easy to relate to. I adore how scientific minded she is—most books that boast about an intelligent female character don’t actually show that. Another testament to how rounded of a character Audrey Rose is: she is allowed to have emotions. I find too much of the “strong and smart female mc” trope means the character isn’t allowed to feel much and… like what is up with that? A character should be able to feel heavy emotions and sympathy without that detracting from their ability to be professional.

The book was off to a great start…and then we meet Thomas Cresswell. His job as a love interest in the plot is too obvious from the start, and of course he acts mysterious and arrogant, too. I did warm up to him, however, by the end of the book. His dialogue is too funny and witty! (I cannot anymore with charming book characters.)

If it’s not obvious already, I loved this book a lot. I don’t usually do series because they tend to drag on and get complicated, but STJTR immediately made me want to pick up the next book. Spoiler: It was just as, if not more, amazing. (Review on that coming up next!)

There are some minor setbacks, of course, but I wouldn’t discount the whole book based on them. The writing, for example, gets a bit tiresome at points. Audrey Rose describes every step it takes for her to get from one place to another, which is especially annoying when it’s an action-packed scene and I want to get to the next important bit. Also, there were some scenes that repeated incessantly throughout the book, which dragged the plot. For example, if I have to listen to Nathaniel tell Audrey Rose not to worry their father one more time…

Still, the overall setting and plot of this book was great. The mystery aspect was good (although I guessed a little too early for me to be completely impressed). Plus, I fell in love with the characters and how they were written. A solid 9/10 from me.

The book review this month is: (drumroll pleaseee) Ready Player One by Ernest Cline! It’s been a while since the movie came out so hopefully I won’t be revealing too much in this review. Anyways, a super quick summary: Ready Player One is set in the future, and is narrated by a guy named Wade. In this future, the world is dying, global warming and the fossil fuel crisis is at it’s worse and the world isn’t expected to last much longer. However, why live in this world when you could live in a much better one? Introducing… The OASIS, a virtual reality everyone basically lives in. A place where you could easily go to mars, defeat monsters and live out your dream life. A place where you aren’t about to die. And guess what, the founder/creator (James Halliday) of this computer program has just passed away, and his fortune is up for grabs… we’re talking multibillions right now… but, to make sure someone worthy inherits his mountains of cash, Halliday set up a scavenger hunt inside the game in which only the most able and talented gamers would be able to find and solve all the scattered clues. Okay, that was pretty much all I can reveal without spoiling more than the first few pages of the book. My opinion of this book is super high! I find it a great read that doesn’t take too much time for those of us who are busier. I can also tell that Mr. Cline researched quite a lot before writing said novel because everything in here, all the allusions (did your english teacher drill this term into your head yet?) are very intricate and well thought-out. Just WOW that’s a lot of effort put into creating this book. I can’t really explain it without you reading the book yourself so go do it right now. I’ll wait. Need more motivation? I rate it a 5/5 :)) completely. Now GO!!! 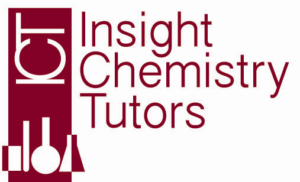 Research shows that even students with thorough subject knowledge may receive a grade below their potential. Learn a studying strategy that combines knowledge, pattern recognition, problem solving skills and efﬁcient time management so that you can ace your exams with UBC PhD field expert instructors!

Register for each session individually: