Teen SRC 2020 – Murder on the Orient Express by Agatha Christie

Hey guys! This week I’m reviewing Murder on the Orient Express by Agatha Christie, an ICON (her books are outsold only by Shakespeare and the Bible!)

A little context (no spoilers, don’t worry): The millionaire Samuel Edward Ratchett boards the famous train, The Orient Express, but it is stopped by a snowdrift at around midnight. By the next morning, he is found dead in his compartment by a dozen or so stabbings. It is certain that one of his fellow passengers is the murderer, but who? and why? That’s what Hercule Poirot intends to find out.

I really liked this story! Mystery is one of my favourite genres and Agatha Christie never disappoints. I loved that the ending is very very believable, it’s not a far-fetched idea that the author made up just to create a plot twist. If you were to re-read the story, every single one of the clues leads to that outcome. However, this does not make the murder easy to solve, because I didn’t figure it out until the end either, so it’s still a very intriguing read.

I would recommend this to any mystery lovers or anyone in general who wants a short and fast-paced read. This book took me only a day or so to finish so if you don’t want to get too involved in a series or a long book, this is for you!

My final rating is an 8/10 only because I didn’t feel an emotional connection with any of the characters. This is completely understandable though, seeing as I didn’t have much time and the book wasn’t meant to do that. However, I would still definitely recommend it.

Take the Key and Lock Her Up by Ally Carter

The thrilling conclusion to the Embassy Row trilogy, this book did not disappoint. Having enjoyed the first book more than the second, I was a bit nervous for this finale. Thankfully, it was very fast-paced and took quite a bit of will-power and some much-needed reasoning from my mom to make me put it down last night. I finished it today morning and I think that’s the fastest I’ve ever read a book of that length.

Synopsis (may include spoilers from previous books but not this one): Grace Blakely has just found out that she is, in fact, royalty. A direct descendant of Amelia, the little princess who survived the royal massacre 200 years ago, her brother is the rightful king of Adria and she is the lost princess. However, she isn’t the only one who knows it and there are forces at work to find and kill her and her brother like they did her mom 3 years ago. This is the story of Grace’s journey in trying to discover what her mom found that lead to this constant game of cat-and-mouse and trying to find out who she can truly trust in this world built from stunning lies.

See How They Run by Ally Carter is the second book in the Embassy Row trilogy. Since I described the story in my review for the first book already, I’m just going to give a very basic bit of context and focus on my thoughts in this one. If you feel like you’re missing some of the details, please read my review of All Fall Down and it should fill you in.

On Embassy Row, embassies of all the countries stand side by side on one street so with two steps you could go from America to Iran. Grace, the protagonist, lost her mom 3 years ago and the entire plot revolves around her death and the causes of it.

Ally’s plots are always amazing so I wasn’t surprised when I found myself waking up early to finish this book. Her plot twists are UNREAL and I can never seem to guess them. This book was a bit more cliche then the last one but thankfully it wasn’t too much so or else I might not have enjoyed it as much as I did because sometimes a little cliche can really help your story.

The final rating is an 8/10, it’s good writing and a VERY good plotline but I don’t think I liked it as much as the first book. Currently reading the last book and I’m hoping I get so shook I have to put the book down and scream 🙂

All Fall Down by Ally Carter

Good Saturday morning guys! I’m in a very good mood because finals are over and I only have one more Career Ed project to finish!!

Yesterday I finally finished reading All Fall Down by Ally Carter (can you tell I’m a little obsessed with her books?) and let me tell you, I screamed a little (internally) at the end…

All Fall Down is set in a world where every single country is just a house on a street named Embassy Row. The story is about a girl named Grace who lost her mom to a “fire” 3 years ago. However, she believes her mom was murdered by a scarred man who keeps appearing in her flashbacks but no one, not even her family believes her. When Grace goes out exploring the countries with Noah, her best friend, she accidentally ventures into Iran, the forbidden country. What’s even more surprising though, is that she’s not alone. In fact, when she catches a glimpse of the other intruder, she spots a huge facial scar…

Thoughts: I really liked this book, it was a bit slow in the beginning but the ending reaaaally threw me for a loop. The story gathers pace progressively until it’s super fast and huge, kind of like a snowball rolling down a hill, collecting snow. I think the world-building could be a little bit more detailed too but other than that I think this was a really good introduction to hopefully an amazing series! I’d give this book an 8.5/10 because the story has just started developing but I’m sure the next book will be even better! Definitely recommend 🙂

First of all, before starting this review, I think I owe an apology to the library staff who, generously, hosted the Escape Room on August 14th. I had registered for this event, but hadn’t ended up going. I had to go to the hospital for a family emergency at the last minute, and had no time to un-register the class. I’m sorry for any inconvenience it may have caused.

So, on to the book: 🙂 This book was an awesome novel that has just the right amount of 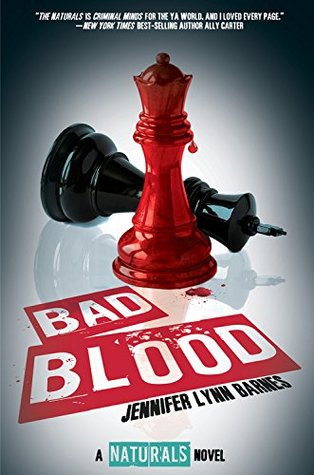 horror and murder! I think I’m emotionally drained… Oh, and be warned: This is the 4th book in the series: “The Naturals”. But nevertheless, I read this book without reading the first 3 books, so I guess you don’t really need to read them in order…I loved this book with all my guts! So, this book was about a girl named Cassie who joins the FBI Natural’s program. Her main goal is to find out what really happened to her mother- if she was murdered or not. And Cassie makes a discovery that is just what she suspected: her mother is alive-but she’s held captive somewhere secret. The people holding Cassie’s mother captive are much more powerful than anticipated. Cassie and her team start to little by little uncover the truth about the secret society that has been murdering innocent people-as it seems. But as the bodies pile up, Cassie’s team realize something-they’re not just following the hunter, but they’re becoming the hunted.

I wanted to take my time and savor each word, but like I always do, I whizzed right through. But my main reaction was: THIS WAS EXACTLY WHAT I WANTED BUT SO MUCH MORE! :)💖

I  am, honestly, throughly afraid of horror murders, but I just couldn’t resist. This book’s protagonist, Kay, is a star soccer player and has a tight-knit group of friends. But the day when she and her friends find a girl’s body in the lake, Kay’s life is on the brink of self-destructing. She has carefully buried her past away, and the past is the past…right? The dead girl has left Kay a computer coded message…or, as one might say: a scavenger hunt. But Kay starts to realize something. The detectives are starting to suspect Kay more than anyone else. Kay only has a limited amount of time to find the murderer, or her life is at stake. 🙁

I recommend this book to people who are fans of: Pretty Little Liars, Dangerous Girls?Dangerous Boys, and murder mysteries in general! 🙂 So, this book was like a buy-every-copy-available-and-force-all-my-friends-to-read-it stage of awesome. Seriously. Although I didn’t really force anyone to read it. 😉

It all starts with a notorious serial killer nicknamed, The Bonebreaker. Quite original. I 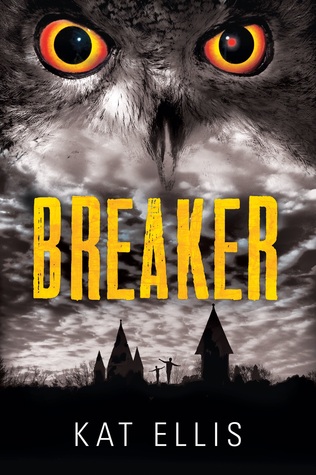 know. But, things aren’t REALLY about this killer. This book is based on his son. Oh and:

Okay. Now, from here on, read at your own risk. The famous ‘son’ I’ve been talking about earlier is kind of the ‘main character’ or this novel. But then again, not really. Kyle Henry is his…..name. But really, his name WAS Kyle Bluchevsky-son of a notorious serial killer named Robert (Bobby) Bluchevsky. But Kyle’s dad has been killed in a death sentence, and it only leaves Kyle himself and his mom. So, he changes school, name, and most of all, his life. But even after his dad’s death, he’s still haunted by his father in the creepiest ways possible. Not soon after, he realizes that he recognizes one of the girls at his new school-in a bad way. Her mother was murdered by Kyle’s dad. But the girl, Naomi, is very soon intrigued by Kyle’s mysteriousness, all the while immune to the fact that this boy’s father was the killer of her mother. But as they open up to each other, secrets float up to the surface.

I finished this 334 page book in one sitting from 8:30 in the morning to who knows when. I just couldn’t stop my hands from turning the crisp pages. The writing is incredibly gifted and she has a way of making her characters stay with you long after you are done with the book. I honestly don’t want to return this book to the library. I might as well buy a copy from Indigo! 🙂 Guys, read this! 😛