This Story Is A Lie by Tom Pollock

Fast-paced, captivating, and complex. This Story Is A Lie by Tom Pollock is a unique and compelling take on your average mystery novel.

Seventeen-year-old math prodigy Peter Blankman has suffered from panic attacks ever since he could remember. He’s always afraid and nervous, but when his mother wins a prestigious award for her work, Peter is determined to be there beside her like a normal kid would be. And that is when, for the first time in Peter’s life, his worst fears are realized. His mother is stabbed and nearly killed, while Bel, his twin sister and the only person who ever understood him disappears, presumably kidnapped by his mother’s attacker.

Hey! This is my first teen SRC review I’ve ever done so I wanted to dedicate it to a book that meant a lot to me. The Perks of Being a Wallflower by Stephen Chbosky

I first read this book when I was around the age of 10 and to be honest, I had no idea what was going on half of the time. I actually thought this book was pretty pointless. A few years later, I saw it at the local library and I thought I’d give it another try, given the fact that I was literally 10 when I first read it. I started reading through it, when it hit me how dumb I was as a child. I saw Charlie’s writing through a whole different perspective and it amazed me how much I related to his thoughts. I felt as if Charlie and I were somehow reaching out to each other. Charlie and I shared a fascinating connection of poetry and reading. As I flipped through the pages in this book, I felt myself get more and more attached to Charlie. It blew my mind knowing that I could connect with a character in such a way.

A World Without You by Beth Revis 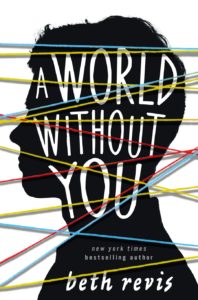 This is my favourite book of 2016!!! I could not put it down. Not only is this book by one of my favourite teen authors, Beth Revis, but it’s an amazing read!

It is told from two points of view: Bo and his sister Phoebe.

Teen Review – The Perks of Being a Wallflower by Stephen Chbosky 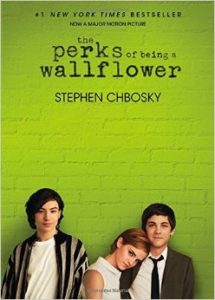 The Perks of Being a Wallflower by Stephen Chbosky is about growing up in high school, with a family that nurtures secrets, and lies, and amongst friends who are confusing personalities more than anything else- all from the point of view of Charlie, a 15-year-old Wallflower stuck in the midst.

I like this book because of the style of writing. Instead of being narrated from a third-person’s perspective, the story reveals itself slowly, from letter to letter. It’s almost like you’re putting together a puzzle, or finding the plot, as you read, picking up clues from each one of Charlie’s letters.

Teen Review – Before We Go Extinct by Karen Rivers 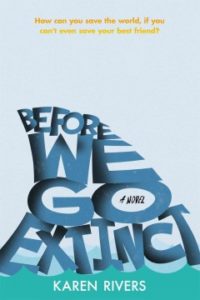 Before We Go Extinct by Karen Rivers

JC, also known as either Sharkboy or Sharky has been having a difficult time ever since his best friend died right in front of him. What scares him and causes him to have a hard time is that his friend ‘s (he calls ‘The King’) death may have not been an accident and he wasn’t able to save him. Weeks pass and JC spends most of his time in his room, watching documentaries about the creatures he loves-sharks. He also watches about climate change and he even texts his dead friend.Read More