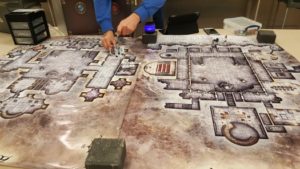 THE BACKSTORY OF RAGNAR

Ragnar was born in an old draconic settlement called Volskyyge. His family was one of the warrior class families, and Ragnar was taught how to fight from the moment he could hold an axe. His mother, a high-ranking scholar at the local college, also taught him languages and problem solving. By the age of 15 he was not only fluent in Common and his native-tongue, but he was also proficient in two-handed-axe fighting and possessed respectable marksman abilities.

He was sent off to join the army at the legal age of 18 and, though he was discriminated and distrusted of by members of his unit, he quickly became a valuable asset to his platoon; proving himself at the battles of Doublecross and High Rock. His draconic heritage also proved useful to his unit as he could defeat large amounts of enemies in a short period of time. His platoon quickly ascended to a high position in his battalion, and the Legate in charge personally referred his unit for promotion to Special Operations.

Ragnar soon became a war hero, and was sent on many successful missions. However, dissent grew in the ranks, and an enemy spy planted deceit and traitorous thoughts in the ranks and minds of his men. Not knowing whom to trust, Ragnar acted too slowly and the traitors slaughtered his forces. Only he and a handful of loyal troops managed to escape. As the commanding officer, Ragnar was sent back to his family in disgrace.

His family, disgusted with him, sent him to the far off lands. His other squad members were given the same treatment, and all have connected with one another since. He has since made his base of operations in the Ruins of Giva, and has since done many mercenary jobs under the name “Rurik.” He has recently been accepted into a party that has set off for the Citadel of the Vampire Lords. The outcome of their quest still unknown.