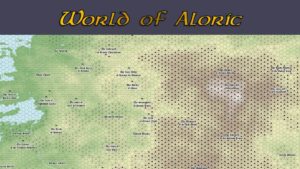 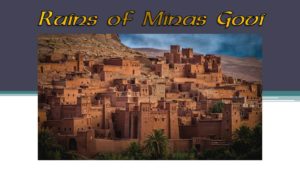 How Do You Play a Character in Dungeons and Dragons?

The key with having a fun time playing Dungeons and Dragons is understanding that you must role play your character. That means you make decisions based on what your character does and knows. 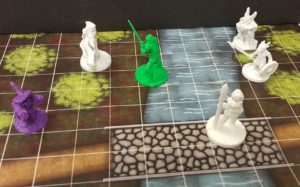 Above we have the white character pieces that represent each person playing. The goblin, the ranger, the dwarf, and the warrior. The purple and green pieces represent the characters played by the Dungeon Master (see previous post on who that is!) — whether the characters are friend or foe depends on the story!

The green fighter above, using a longsword with a 10-foot reach, would be able to attack the ranger. The ranger and purple mage cannot battle, as there is a tree in the way. The goblin and dwarf have to get around the river to help their companions and need to get to that bridge! If their speed is only 10 feet per turn, they can only get two squares every turn!

And what happens when battles take place? How do you know if the green fighter hits with his longsword? You roll a dice. 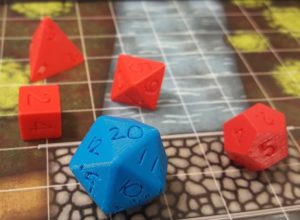 Dungeons and Dragons uses what’s called polyhedral dice. The most common are a 20, 12, 10, eight, six, and four-sided die. Depending on your character, you may have bonuses to add to your rolls (or minuses!). And that determines who wins and who loses each skirmish! (This also works with feats of athletics, such as jumping or climbing.)

The battle between the ranger and the green fighter may look like this:

And the action continues…